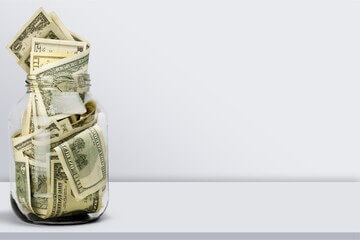 “When it’s good it’s very good, and when it’s bad it’s terrible” – these are the two extremes many SME business owners are experiencing, as highlighted in the latest Scottish Pacific SME Growth Index results.

At the positive end of the spectrum, in a promising rebound of confidence more small businesses are predicting revenue growth than at any time since early 2016. Around 51 per cent are expecting a revenue boost, of on average 4.5 per cent.

The other end of the spectrum is more concerning – those small businesses who are struggling are having a tougher time than at any stage over the past four years. Of the 1200 businesses responding to the SME Growth Index, 25 per cent are predicting static revenue over the next six months. The 24 per cent who expect revenue to decline is much higher than the 13 per cent in a similar position in 2014.

Tellingly, the current revenue decline average of 6 per cent has ballooned from a 4 per cent average in 2014, and the range of decline (now 4.8 per cent to 13.7 per cent) has significantly widened. In that same timeframe, the percentage of consolidating/contracting SMEs has doubled.

Given these statistics, it’s no wonder SMEs are exhibiting heightened concern around cashflow issues. SMEs are being squeezed at both ends, with suppliers reducing payment terms and customers paying later.

Whether an SME is predicting growth or struggling to maintain their current position, they need strong cashflow and the sector is hungry for working capital alternatives that meet their business’ needs.

SMEs attracted by speed and ease of non-bank finance

The SME Growth Index highlights the continuing trend of business owners looking beyond bank lending to fund their growth. Fewer than one in 10 SMEs would prefer to use property to secure a business loan.

The most popular alternative funding choices were: invoice finance (used by 77 per cent), merchant cash advances (23 per cent), P2P lending (10 per cent), crowdfunding (9 per cent) and other online lending (five per cent). Only four per cent of SME respondents said they would never consider using a non-bank lender.

Throughout the four-year history of the SME Growth Index, the most consistent finding has been the incredibly high number of business owners relying on their personal funds to invest in the business (always around 89 per cent). For many of these businesses, there are better options for funding growth.

With three quarters of SMEs telling us they put in 50-80 hour weeks, many just may not have the time to dedicate to researching appropriate funding options. I’d encourage business owners to ask themselves “is my growth being stunted by a lack of working capital?”. If the answer is yes, talk to the different alternative lenders.

The nature of the relationship between financier and SME is critical, so ask questions to get a feel for which providers will be there for the long haul, will work hard to understand your business and be able to provide funding no matter where you sit within the economic cycle.