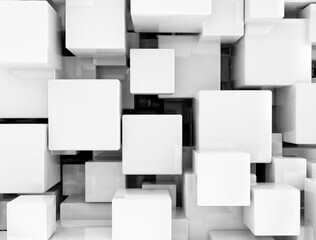 ANZ CEO Shayne Elliott has responded to calls for broking reform during a parliamentary committee hearing in Canberra.

Appearing before the House of Representatives Standing Committee on Economics, ANZ CEO Shayne Elliott issued a warning regarding “unintended consequences” that may arise off the back of broking reforms.

Deputy chair of the committee and Labor MP Matthew Thistlethwaite asked Mr Elliott whether he believes brokers should charge fees for service to address what he considered conflicted remuneration practices.

However, in response, Mr Elliott joined Westpac CEO Brian Hartzer in highlighting the role that brokers play in the market and noted the work of the Combined Industry Forum (CIF).

“We [ANZ] think brokers play a really important role in the market. More than half of all mortgages that are originated in Australia come through brokers, so consumers like the service,” Mr Elliott said: “I accept that there is the potential for conflicts of interests in remuneration and we’ve moved away from volume-based commissions.”

The ANZ CEO said that remuneration reform is “worthy of discussion” but warned: “My only caution is that no system is perfect, and any system will have potentially unintended consequences”.

He continued: “I think the [broking industry and regulators] can sit down and consider improvements to that model, but as of today, we think they perform a valuable role that consumers actually prefer and choose to increase the amount of business they give to brokers every year.”

However, when asked if a “best interest duty” should be imposed on brokers, Mr Elliott questioned why such a duty was not already in place.

“I imagine that most people that go to a broker think they do have a best interest duty,” Mr Elliott said: “Mums and dads imagine it’s true, so I think there’s an absolutely valid argument to say that they should have some obligations in that area.”

Mr Thistlethwaite, an opposition MP, suggested that the government needed to introduce legislation, alleging that brokers don’t work in the best interests of their clients.

“The notion of a broker, in its purest form, is a good one,” the Labor MP said.
“Someone that has expertise will use that expertise to shop around on behalf of their client to get them the best deal. But it appears based on the evidence that has come out of the [financial services] royal commission that it doesn’t always happen.”

Mr Thistlethwaite continued: “Banks have tried to establish relationships with brokers using various means of bonuses, holidays and the like so that they will have an incentive to refer people to that bank.

“That’s the reason why we’re in this mess, isn’t it, and why we have to be considering best interest duties.

“We would all hope that they would act in the best interest of the customer, but that’s the problem — they don’t, and that’s where we have to step in and regulate.”

However, in response, Mr Elliott said: “I think it can be a problem; I’m not sure it’s the problem. I think that most brokers are decent, honourable people who do the right thing for customers.

“Most brokers have a lifetime relationship with those clients, not just transactional, but I do think there can be improvements there around that, [and] I don’t doubt that for a second.”